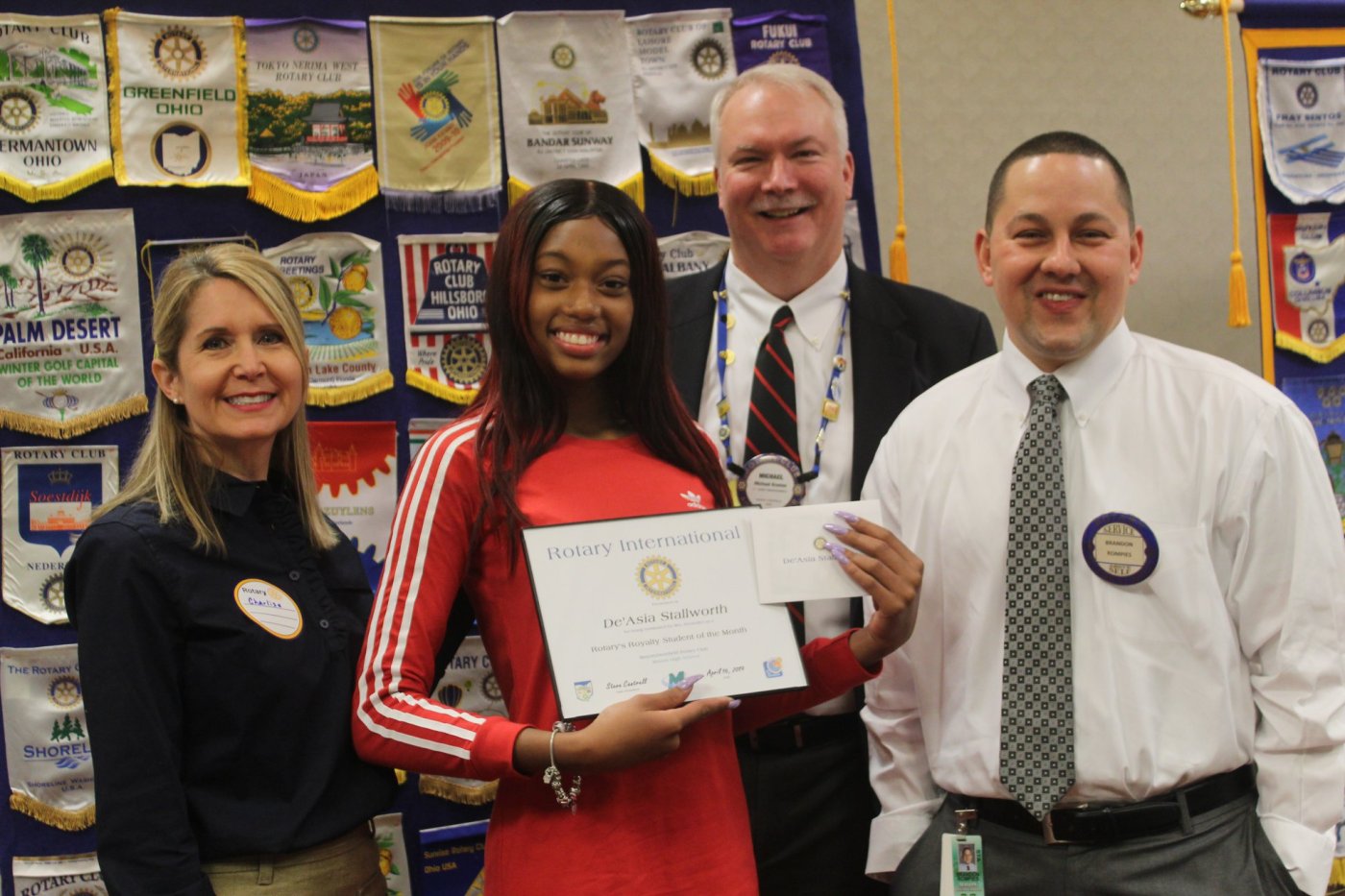 Rotary’s Royalty is one of our proudest programs at out club. Started by one of our members Vickie Schmidt many years ago, the program recognizes students at Mason and Kings High School who are nominated by their teachers. The only requirement for nomination is that the student shows ‘heart’.

All nominated students are recognized at the school when Rotarians go to the classrooms and present their certificates in front of their peers, an occasion that usually starts with trepidation at being called up to the front but always ends in smiles and a feeling of pride. Each month a name is drawn from those nominations and this student attends our Tuesday morning breakfast and is awarded a gift card and certificate.

In April our Rotary’s Royalty Student of the Month is De’Asia a freshman at Mason High School. Her dad and mom attended the breakfast, along with little sister Lon’Dyn. De’Asia was nominated by Mrs. Showalter.

Assistant Principal Brandon Rompies also came along. Mrs. Showalter said she has been involved in our Rotary’s Royalty program for 13 years and it really does motivate the kids. She remembers asking the students to set a goal for the year, and DeAsia’s goal was to be more kind. She also challenges herself, and doesn’t quit.